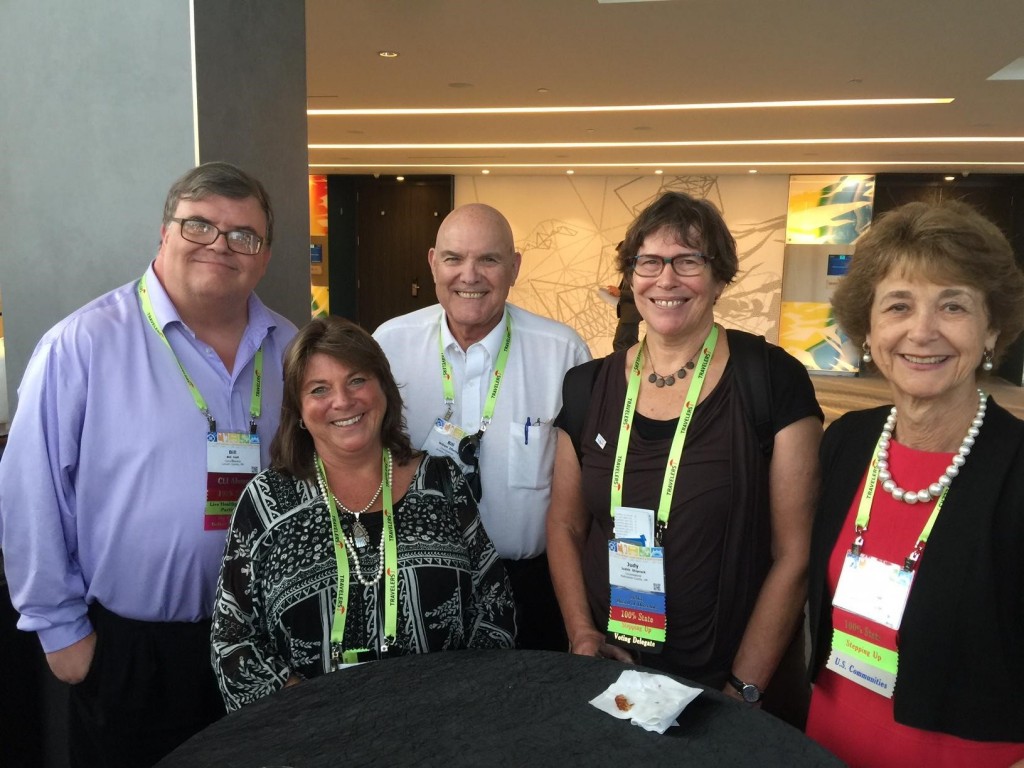 At NACo’s 2016 Annual Conference in Long Beach, California five Oregon commissioners led the charge to amend the NACo Platform with the insertion of issues and policy areas that are critically important to veterans and their families.

“This year’s NACo Conference was an amazing step forward for the work we do to better serve our veterans and their families,” commented Commissioner Diane McKeel.  “Six NACo policy committees passed changes in their respective platform areas that specifically deal with our nation’s veterans. Whether this be for collecting better veterans data in the American Community Survey (The Census), maintaining eligibility for VA and healthcare benefits for veterans who are are in jail but haven’t been found guilty of a crime, or expanding funding for homeless veterans as part of the HUD-VASH program, these platform changes will anchor stronger NACo veterans’ advocacy for years to come. I want to thank our Oregon Delegation, especially Commissioner Schrader, Commissioner Elfering, Commissioner Hall and Commissioner Shiprack for helping get our veterans’ advocacy work where it should be – and that’s in the NACo platform. Thanks to their effort, NACo is now poised to play a major veterans policy role in working with Congress, the President and the VA,” stated Commissioner McKeel.

The Veterans and Military Service Committee is a NACo ad hoc committee. This group works to highlight best practices and policies to promote innovative programs, services and benefits for our nation’s military, veterans and their families.